My name is Chris Rees . I'm originally from Wales but have been living in Dublin since 1990 and now live in Stillorgan. I'm a driving Instructor and over the last number of years had been on a one way journey of increasing weight.

Two years ago on returning from holiday in the States I was shocked when I weighed myself to find I was over 270 lbs. The heaviest I'd ever been. I decided enough was enough and it was time to change. Over the next few months I managed to lose 20 lbs and thought I was doing great but got no further and stayed at that weight until January this year.

It was then my wife told me about Bodyslims, I can honestly say I'd never heard of it before but looked at the web site and decided why not give it a go.

I signed up for the January course and went along to the first meeting not knowing what to expect and thinking if I could lose a bit more weight it couldn't be that bad. I weighed in at 249.8 lbs a number I will never forget .

Gerard was inspirational and what he said just clicked . It was so simple and made total sense, Count your calories and walk for an hour every day. That was the start. I went home that night and went out for my first walk (in the snow). It wasn't easy but I did it. That Sunday was the first walk in Dun Laoghaire, I was one of the slowest there but I did it and couldn't believe how fast some of my fellow bodyslimmers were walking but the walking revolution had begun and I haven't missed a day walking since.

At the end of the first week I lost 12lbs and began to believe that Bodyslims was a little different to all the other weight loss programs I'd tried.  Every week I lost weight by listening to Gerard and doing what he said when he said it.

I dared to dream and soon the dream was becoming a reality. 1 stone, 2 stone this was really working.  At the end of the 10 weeks I lost 4 stone and had gone from one of the slowest walking in Dun Laoghaire to being up with the quickest. I was losing weight and getting much fitter as well

I signed up for a second program as I felt I wanted to lose a bit more weight and half way through that program I reached my target . I had lost 5 stone and now weigh  less than 180 lbs since starting Bodyslims and know that it has completely changed my life.

I walk every day and would feel lost if I didn't. I go to the gym and feel far healthier than I have for years. I know I will never go back to the old me thanks to Gerard and all the Bodyslims team.
You have completely changed me for the better and I owe you all a very big THANK YOU 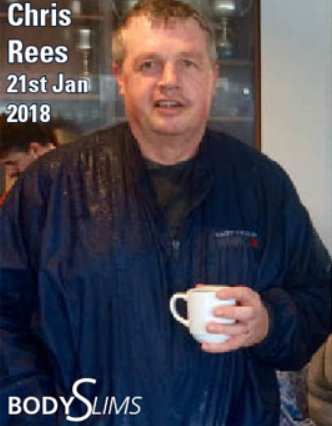 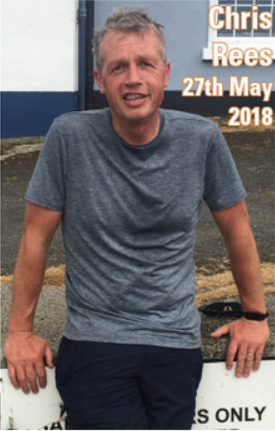