We are receiving new testimonials everyday. Check more than 60 before and after weight loss success stories below:

My name is Siobhán Hickey. I live in Foxrock and I work in a GP practice. Last summer I knew I had to do something about my escalating weight. I had joined a number of weight loss programmes in the past and was initially successful but eventually ended up putting the weight back on. I knew a number of people who had tried the Bodyslims programme and were very successful so felt it was worth another try to get my weight under control.

The big draw for me was the idea that the programme would sort out my head as I knew what I needed to do (eat less and move more) but I also knew I needed the guidance of a good programme to get me there. I was blaming my weight gain on a number of things – my age, my family circumstances and stress but in truth they were all excuses. I came to my first night of Bodyslims on 19th September 2017 and I listened to Gerard.

I understood what he was saying but I wasn’t sure I could do it. It felt like hard work and I wasn’t sure I was up to it but felt I had to give it a go. I went home that night and took my photos as requested and downloaded all the info from the website and worked out what I was going to eat.

It wasn’t easy and instead of snacking on chocolate I was snacking on raspberries! My weight started to come off steadily each week until I got to the 6th week when I broke a bone in my foot and I really thought that was it but Gerard and the team encouraged me to focus on the food and eat within the calories I was given and low and behold I continued to lose weight! By the end of the 10 weeks I was down 2 stone and felt fantastic. It was hard work but boy was it worth it. However, I did feel that I hadn’t finished on the high I was expecting as

I felt I hadn’t completed the programme “properly” with my broken bone which had stopped me walking so I signed up for the next programme in January 2018. This time I knew it was possible to lose weight and got stuck in second time around and lost another stone. In hail, rain and snow I was out walking – it was becoming part of my regime.

People around me were noticing and commenting on how well I was looking and I can honestly say that I was feeling the best I had ever felt about myself. I took out the photo I took on the first night and compared it with the most recent photo and realised what I had achieved but was afraid like on previous occasions I would go back to my old ways so I signed up for the programme after Easter to bed in what I had learnt. I finished up losing 3st 6lbs and I have to say I am happy where I am and feel I have changed my habits.

I realised I can say NO now quite confidently and I don’t feel deprived. I would like to say a big THANK YOU to Gerard, Sharon, Seán and all the Bodyslims Team for their understanding and encouragement – you are all FANTASTIC. There is no magic wand when it comes to losing weight – it is hard work but it is so so worth it. So if you are even contemplating losing weight and are determined to change current habits you should give Bodyslims a try and you too could feel as good as I do now. 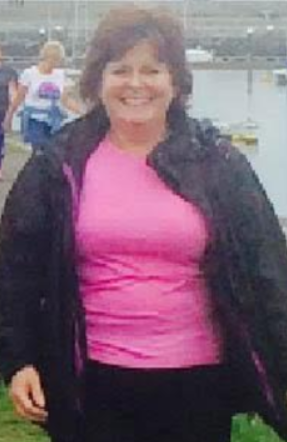 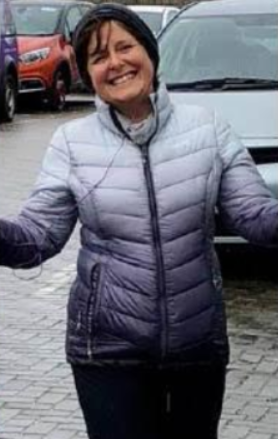