Having lost almost four stone in six months, I have never been prouder of myself. It has been over 20 years since I was this comfortable in a size 12 and I have never felt better.

I started BodySlims in September 2020 having being recommended the programme by a friend. I was determined that this was going to be the turning point for me. (Lockdown be damned)

Having tried every diet in the past and never succeeding long term, I made a decision to commit 100% and boy did it pay off. My first week I lost 5.5 lbs and I was ecstatic, I assumed that it would taper off into weekly 1 lb/.5 lb weight losses for the next few weeks but I was delightfully proven wrong.

Over the remaining 10 weeks I had consistent losses totalling 32 pounds at the end of it. I could not believe it, the programme worked. I was slimmer, I was healthier and I was fitter than I had been in years.

At this point, I was buying size 12-14 clothes and felt amazing but I wasn’t finished yet, I set myself the target to lose another stone and I signed back up to the programme in January.

Between the two programmes I was concerned that I may put back on some of what I lost, nevertheless, I used the knowledge I had gained from the first course and maintained.

Mentally I had prepared myself for the second course to expect smaller losses as I had less to lose. However, once again I was pleasantly surprised, I followed the programme as I was told. I ensured I got my hour’s walking everyday- rain, hail or shine and the losses continued to come each week. I am now at target with some weeks to go until the end of this 10 weeks. I weigh 10 stone 4 pounds and a size 12 is loose on me.

Dare to Dream is an understatement, as in my wildest dreams I never expected to have succeeded this much. To look and feel this good is a long overdue present I have given to myself.

Thank you, to Gerard, Mark and all the team. 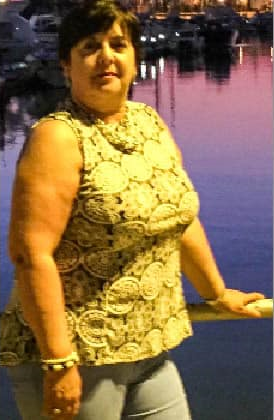 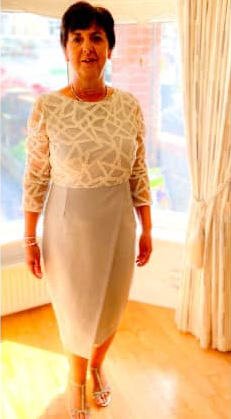