We are receiving new testimonials everyday. Check more than 60 before and after weight loss success stories below:

BUSTIN’ OUT WITH BODYSLIMS. The ramblings which follow are well overdue. I am a quiet man who tries to avoid the limelight but I feel that Bodyslims deserves recognition and perhaps what I say may help someone out there, so here goes. My name is Joe Comerford. I come from Carlow but have been living in Dublin for forty odd years - pending repatriation.

Last December I reached my 60th birthday. From about half time onwards my body has been subject to upwards-only weight reviews. Over the years I followed a strict diet/fitness regime developed by Robbie Coltrane. I also made a few well-meaning but half-hearted attempts, on my own, to lose weight, but with little success. xxxxx

I even went as far as going to one meeting of ................ maybe six years ago and getting weighed in. At the meeting I spoke with a very nice mother and daughter team who had been attending meetings for three years and were about the same weight as myself. On my way home I visited the chipper. On balance a reasonably successful evening.

While eating my 1¼ pounder and chips with low cal vinegar I accepted the reality. I was fat and I was never going to be thin again. Surprisingly my weight never bothered me a great deal. I accepted it like a sports injury - you just learn to compensate for the way things are and get on with it. When you do physical work you just have to work harder and longer and sweat more. In company you get a joke in about being fat before someone else does. When you swim you wear a T shirt. When you wear a T shirt people don’t know you are fat. Then again you float better and don’t feel the cold as much. You only look at clothes that have labels - with lots of Xs on them. More Brooks Thomas than BTs. I am informed you snore a lot. Your health suffers. You die young.

During the summer of 2017 my wife spoke about a chap called Kieran who had lost four stone with a crowd called Bodyslims. Kieran doesn’t know it but from that point onwards he became my inspiration. “If he can do it maybe I can too”. On 19th September 2017 I joined Bodyslims. My ambition was to lose four stone like that Kieran guy. At my first weigh in I was 276 Lbs. From the beginning I was very conscientious about staying under 1600 kcals per day.

My personality is such that, if I allow myself any deviation, I have endless internal arguments with myself to justify bending the rules. After the first few times I always win. So it had to be all or nothing. I actually found it easier to be 100% than 95. I did try very hard to walk for an hour each day. In the beginning I would say I sssstaggered for an hour on most days containing the letter z. I turned out for my first walk with Bodyslims on 22nd October 2017. I was horrified to discover that they walked both piers and the speed they were walking at - even the slow group - was terrifying. I did complete every inch of the course though. When I reached the end everyone had gone home. I thought I could hear carol singers. I found it very difficult to make myself go out walking on the long nights after Samhain. By Halloween I had built up some level of endurance and decided to walk to work every morning instead.

Five miles in about 100 minutes. I found it easier to go out in the dark in the mornings than to go out at night - when it was dark. Eventually those guys with the defibrillator stopped following me. At the end of week ten I weighed 229Lbs. - not four stone down but I was still delighted - and amazed. I continued to work hard and by Christmas Eve I was 219Lbs. I had got my four stone just like that B. Kieran. People who knew me began to notice. I began to notice. Then it all fell apart. In one week I put on half a stone and spent two weeks losing it - just to be back where I had been three weeks before.

I started on a new Bodyslims course on 15th January 2018, weight 222 Lbs. I found the going tougher than before. I wasn’t losing weight as quickly as before, I wasn’t recording everything scrupulously and I decided that if I walked more I could eat more. Not so. I studiously avoided publicity until I hit five stone down on 5th February, at which point Gerard named me. When he did I felt tears run down my face - totally out of character for me. Surprisingly my weight bothered me a great deal - much more than I was ever prepared to admit to myself. 26th March 2018 - end of second course - weight 192lbs. By then I was a walker. 3rd July 3018 – end of third course - weight 170Lbs. Last time I was this weight I was doing the Leaving Cert and Abba had won the Eurovision a year before, in some place called Waterloo. Even in my wildest dreams I only wanted thirteen stone. What have I learned?

IT IS POSSIBLE. Gerard told me it was and now I believe him. You have to want it really badly. It is hard work and hasn’t got easier for me. “Sheer plod makes plough down silvern shine” If you do it 100% the Gerard way, you will suffer and succeed. If you do it your way you will suffer much more and have, at best, limited success but hell, you can always blame Bodyslims. For me, at least, it was always easier to do 100%. When I didn’t give it 100% I paid very dearly. Can I stay like this? I honestly don’t know. I never thought I’d be here in the first place. Like the Mayfly I have had my one glorious day – actually a month at this stage. It was worth every stagger and stumble and fall and one step forward and two steps back along the way.

Maybe my day will be as equally ephemeral as that of the Mayfly, but I fought very hard to get here and will fight even harder, on the beaches etc, down to my very last T shirt, never to go back to where I was. Could I have done it without Bodyslims? NO. Bodyslims worked for me. I am an average man. If it worked for me it will work for you, provided you work also. Do what Gerard says and you will succeed. Not easy but possible, and the result leaves you with a feeling you will never forget – something you will never want to lose. Some thanks are in order. At the top of my list must come my long suffering wife, Bernie. Behind every skinny man is a wonderful woman. I have been lucky in love. To Gerard I acknowledge my undying gratitude.

Even though he’s only a young lad he has been a major influence in my life. He is an old - school football manager, candid in his comments but always ready with a word of encouragement and praise. He gave me realistic targets I could aspire to, and urged me to keep chipping away and improving my personal best. I am lucky to have met him. Sharon and the other team members are the softer, feminine (sorry Sean and the lads), long suffering face of Bodyslims – the people I met every week across a crowded and unforgiving scales – who forgave me anyway and softened the blow and offered words of encouragement when most needed.

That famous Bodyslims legend, John Milton, wrote about them in his weight loss poem “Paradise Regained” when he said “They also serve who only stand and weigh”. I am very lucky to have met them. (Long-suffering women seem to be a recurring theme in my life. Is this something to worry about?) To my fellow Bodyslimmers: Thank you for being nice to me on my way down. Thank you all for your words of encouragement and good wishes. Well done to all of you. Keep chipping away. Yes you can! In a perfect world I should not be attending Bodyslims again – but I’m around long enough to know that the world isn’t and if that’s what it takes to stay feeling this good I would have no problem returning.

Bodyslims was the second best money I ever spent. Not a lot of people know this but I was actually a twenty year old athlete imprisoned in the wrong body. Bodyslims busted me out. Finally, thank you Kieran. 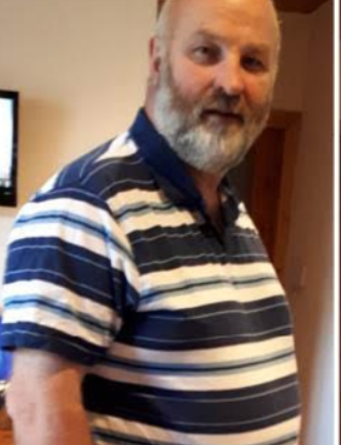 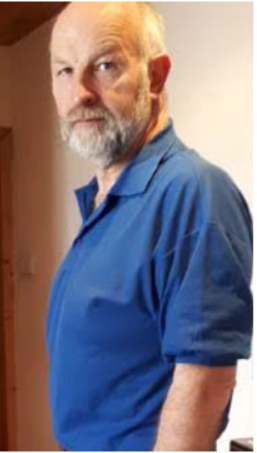