My name is Joan Casey. I live in Stillorgan. I was privileged to be a primary school teacher for thirty years before I joined Hollypark GNS, Foxrock as principal for another eight happy years.I retired in June 2015, sad to be leaving this wonderful school but excited to begin a new phase of my life.

In July 2015, I received devastating news that I had breast cancer. That September, I had surgery and the successful treatment finished in October 2016. Halfway through the treatment in April 2016, one Sunday on Dun Laoghaire pier, I noticed a 'relatively happy group of fast walkers' wearing Bodyslims vests. After a little research I joined Bodyslims. Bodyslims helped me to do what I had wanted to do for some considerable time.

Together with the amazing guidance and support of Gerard, Sharon and the entire Bodyslims team plus much focus, hard work and determination on my part, I achieved my weight loss goal after completing four ten week sessions. By June 2017, I had lost 40 pounds! More importantly, I continue to maintain that weight loss and I feel great. Thank you Bodyslims.

Following on from that personal achievement, I embarked on a series of challenges. On July 1, 2017, I cycled the Ring of Kerry Charity Cycle (180km). In October 2017, I walked the Dublin City Marathon ( 26 miles) in 8 hours 6 minutes and encouraged many others along the route to finish.

In May 2018, I completed a twelve day trek to Everest Base Camp ( 5356m). I am very proud of these achievements which would not have been possible had I not joined Bodyslims and began the journey of healthy eating and walking. I suggest you give Bodyslims a chance.

Give yourself a chance. Take the Bodyslims way to change your life in more ways than weight loss. Remember the road is yours. If I can make it happen so can you. To quote Gerard: 'It's simple, just do what I say!' Join Bodyslims now. Best wishes on your journey. Joan. 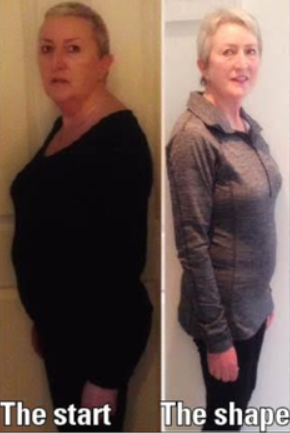 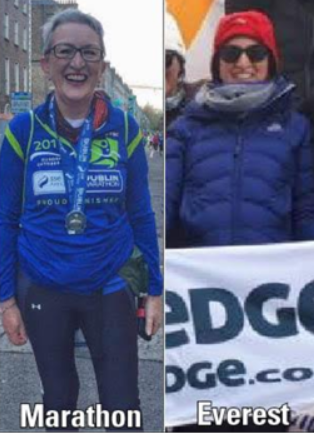