My name is Addrianna Doyle, I live in Naas, Co Kildare. My husband and I own a jewellery design brand, Doyle Design Dublin. I have never been slim, ever. I have spent my entire life overweight struggling with upward only weight increases. I've tried every diet under the sun without any real or lasting success. I had genuinely begun to think that it was actually impossible for me to lose weight until a friend of mine told me about Bodyslims. She was raving about it and I really didn't want to spend the rest of my life struggling to lose a few pounds so I started my Body slims journey last April 2018.

From the very first night I knew this was different to any other weight loss programme I had previously done and I was determined to give it 100% Determined that this was the last time I was going to "try" to lose weight. Initially I thought if I could lose a stone that would be great but I quickly realised that's not the Bodyslims way. Losing a stone is a good idea but it's not a dream. You have to dream big, so I did and very quickly started to get big results.

I lost just shy of 2 stone in the first 10 weeks and spurred on by that success I signed up for a second and a third round. Its not easy but it is very simple and there is no greater motivator than the combination of amazing results and Gerard and the team of course. It's hard to believe that only 10 months later I've lost nearly 4 and half stone, I have to pinch myself sometimes. I never thought I'd be the girl in the before and after shots, never thought I'd call myself a walker or that I'd ever wear jeans in my lifetime never mind skinny jeans, never thought I'd actually like photographs of myself and I never thought people would tell me that I inspire them.

You know what they say "never say never" and if I can believe me, you can too. Thanks a million to one and all.
Addrianna 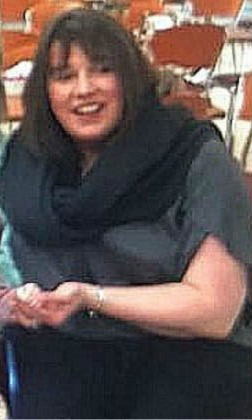 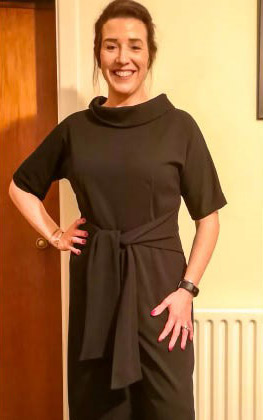